Quick Draw Mount's design uses the threaded insert on the bottom of the trail camera, as the interface between the mount and the camera. Below is a description and explanation of how the mount works. 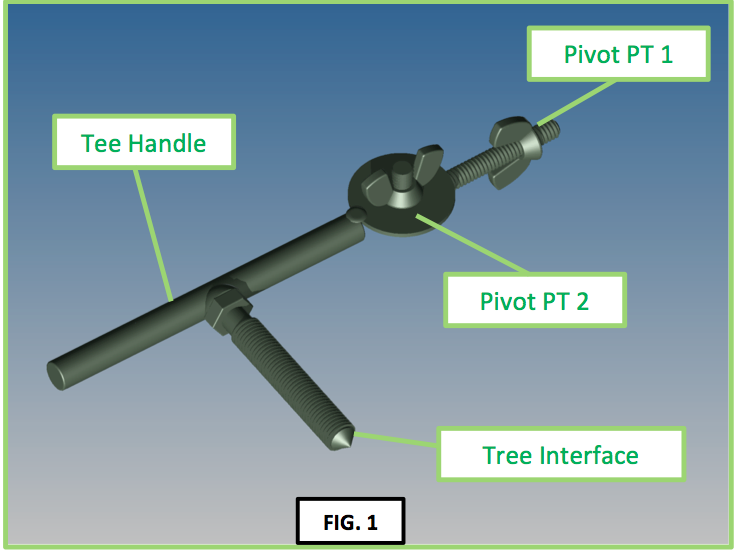 Tree Interface- The Tree Interface chosen for the design is a wood lag screw. The screw is intended for self-piloting and can be easily started into even the hardest hardwood trees.
Tee Handle- The Tee Handle is used to “pistol grip” the mount in the palm of your hand for insertion into the tree.
Pivot Point 1- The first pivot point of the design.
Pivot Point 2- The second pivot point of the design.
Backside of the mount shown below (FIG 2). 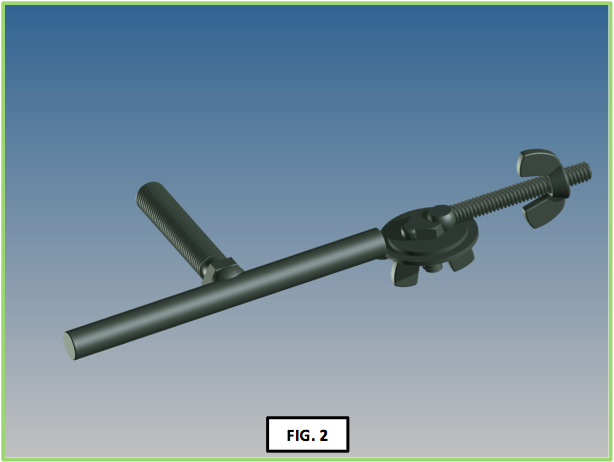 By utilizing the two pivot points, in combination with the rotational degree of freedom by the Tree Interface, full rotational and tilt adjustment are gained. Below are pictorals that show the adjustment concept.

Figures 3 and 4 above show the first form of rotational adjustment. The adjustment comes from Pivot PT 1. The trail camera can rotate 360 degrees on the threaded stud and is locked down by a wing nut to restrict the movement once the position is set. This rotation is particularly useful for hiding the camera behind a tree but watching a trail that runs parallel with the trail camera.

Pivot PT 2 is then defined in the system. This mechanism allows the camera to have tilt adjustment. Tilt adjustment is the most desired form of adjustment from the mount design. 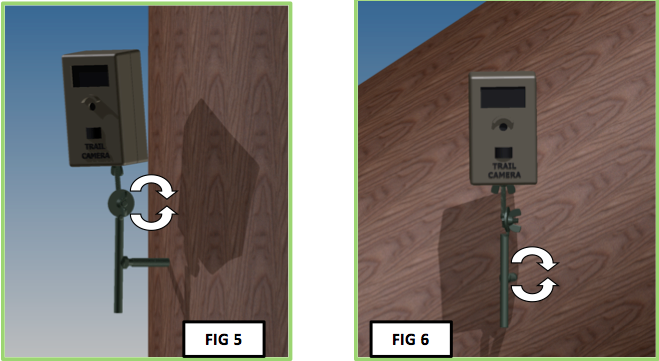 This allows the camera to be mounted higher in the tree and pointed down (or up) towards the game to prevent human/ game observation of the camera. Figure 6 shows a slight downward tilt to position the camera perfectly towards the target. The position is then locked down by a wing nut for a robust idea to keep the tilt set.
Figure 5 demonstrates the final form of adjustment. The adjustment shown is especially useful when mounting the camera to a branch from the tree. The branch is at an awkward angle, but the Tree Interface creates the needed rotational freedom to position the camera once again perpendicular with the earth. Availability to mount the camera in tree branches makes the mount extremely flexible.

Figures 7 and 8 above show some of the extreme angles and flexibility the design can offer using all of the adjustment possible from the mount.
Email ThisBlogThis!Share to TwitterShare to FacebookShare to Pinterest
Home
Subscribe to: Posts (Atom) 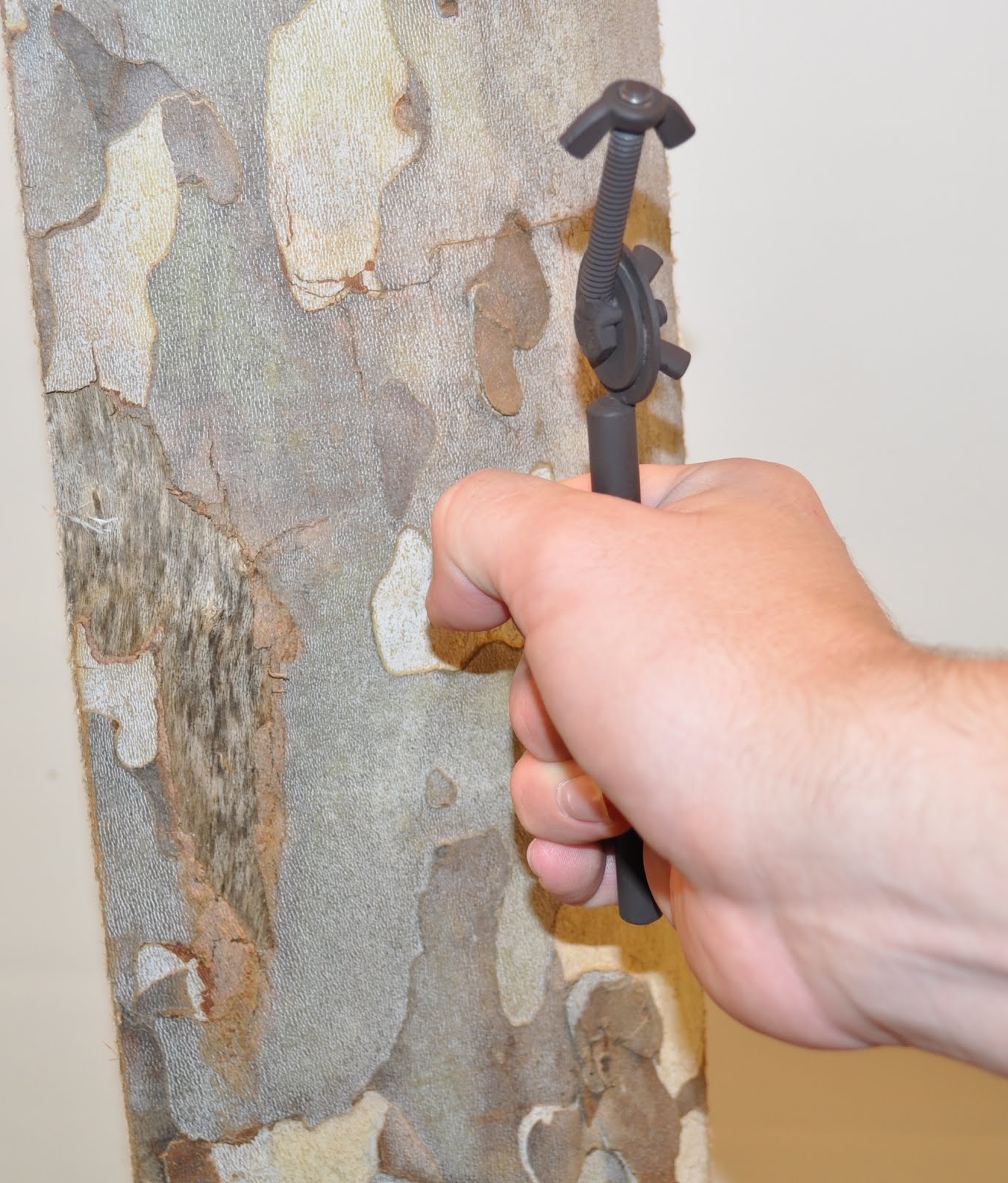 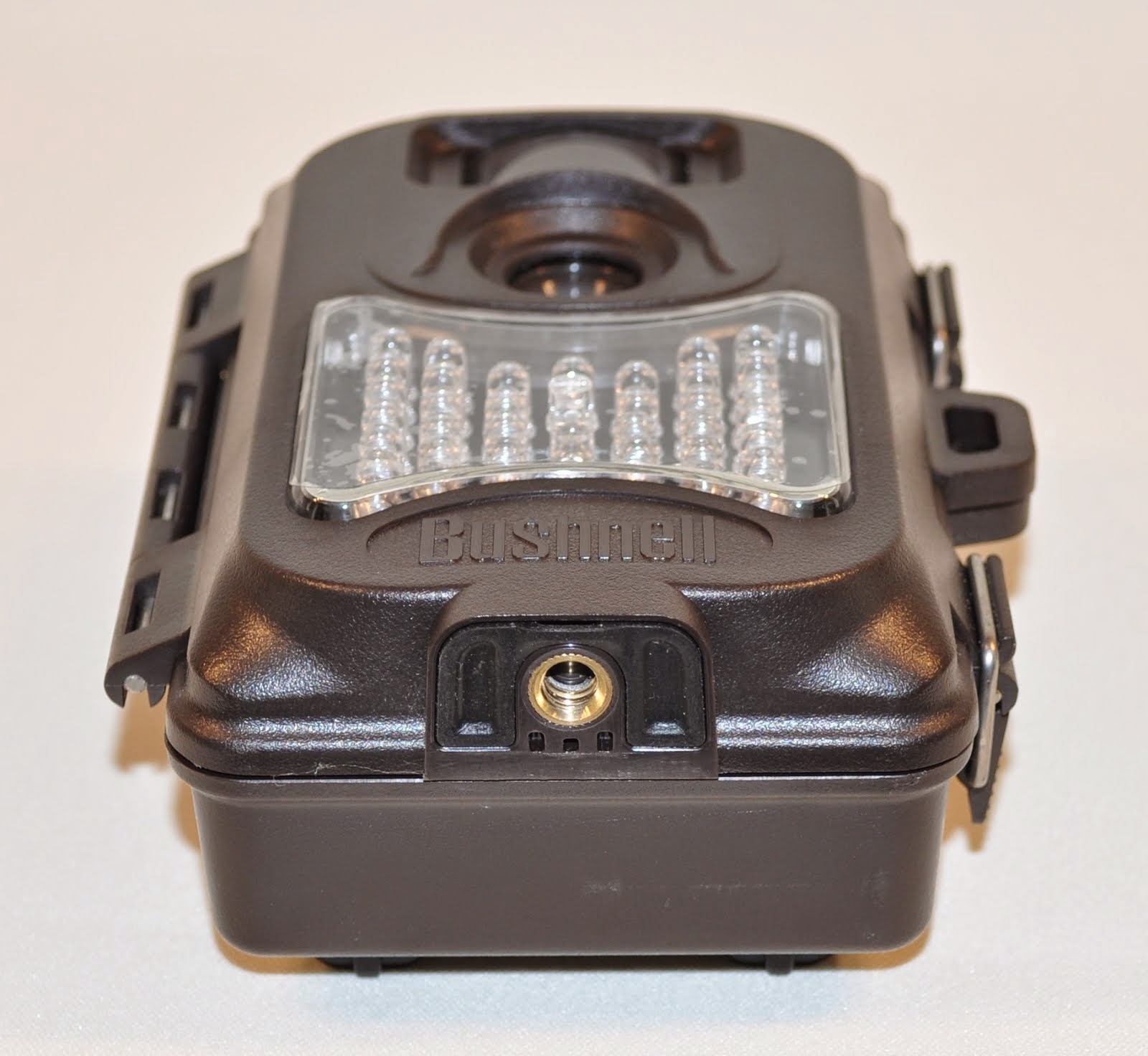 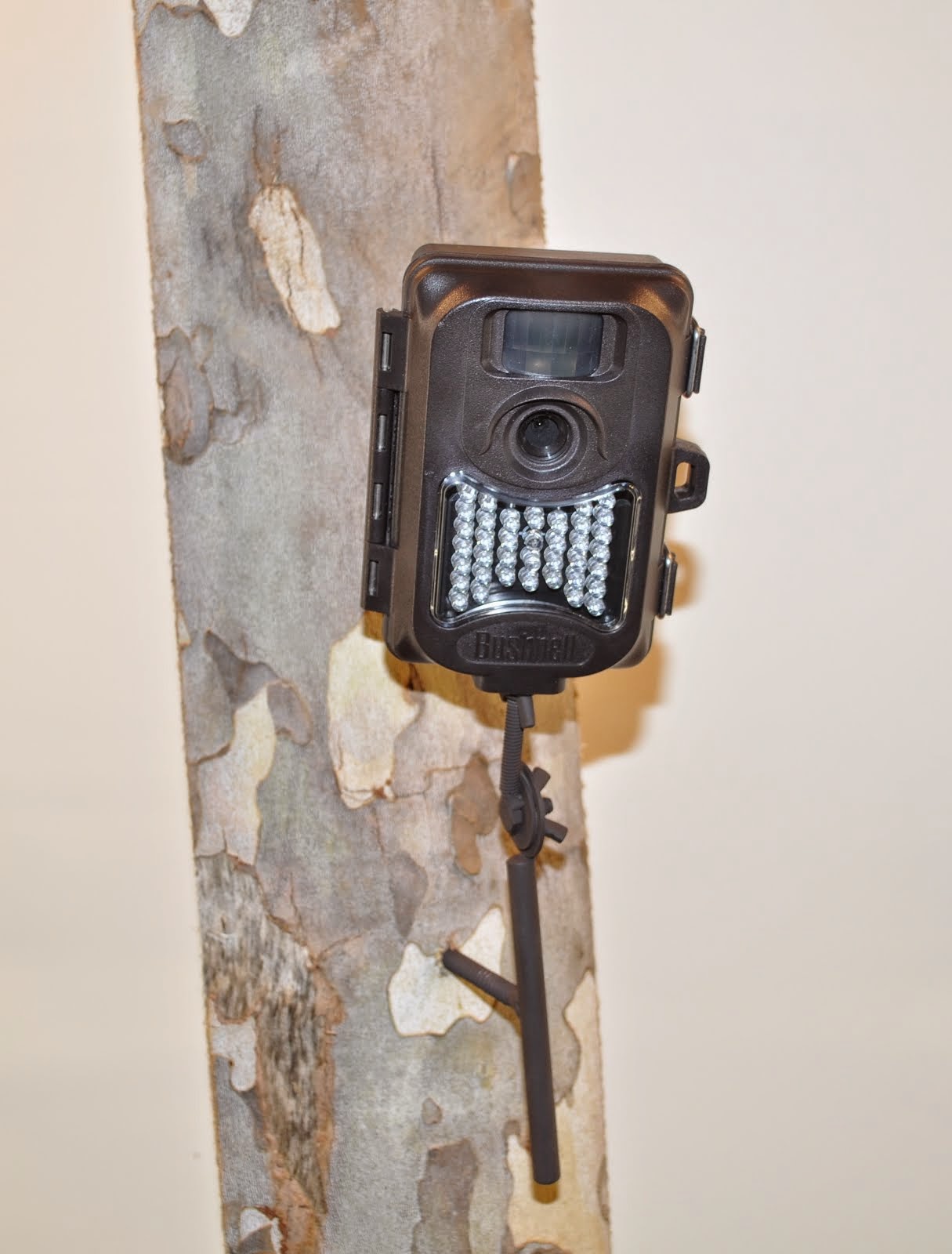 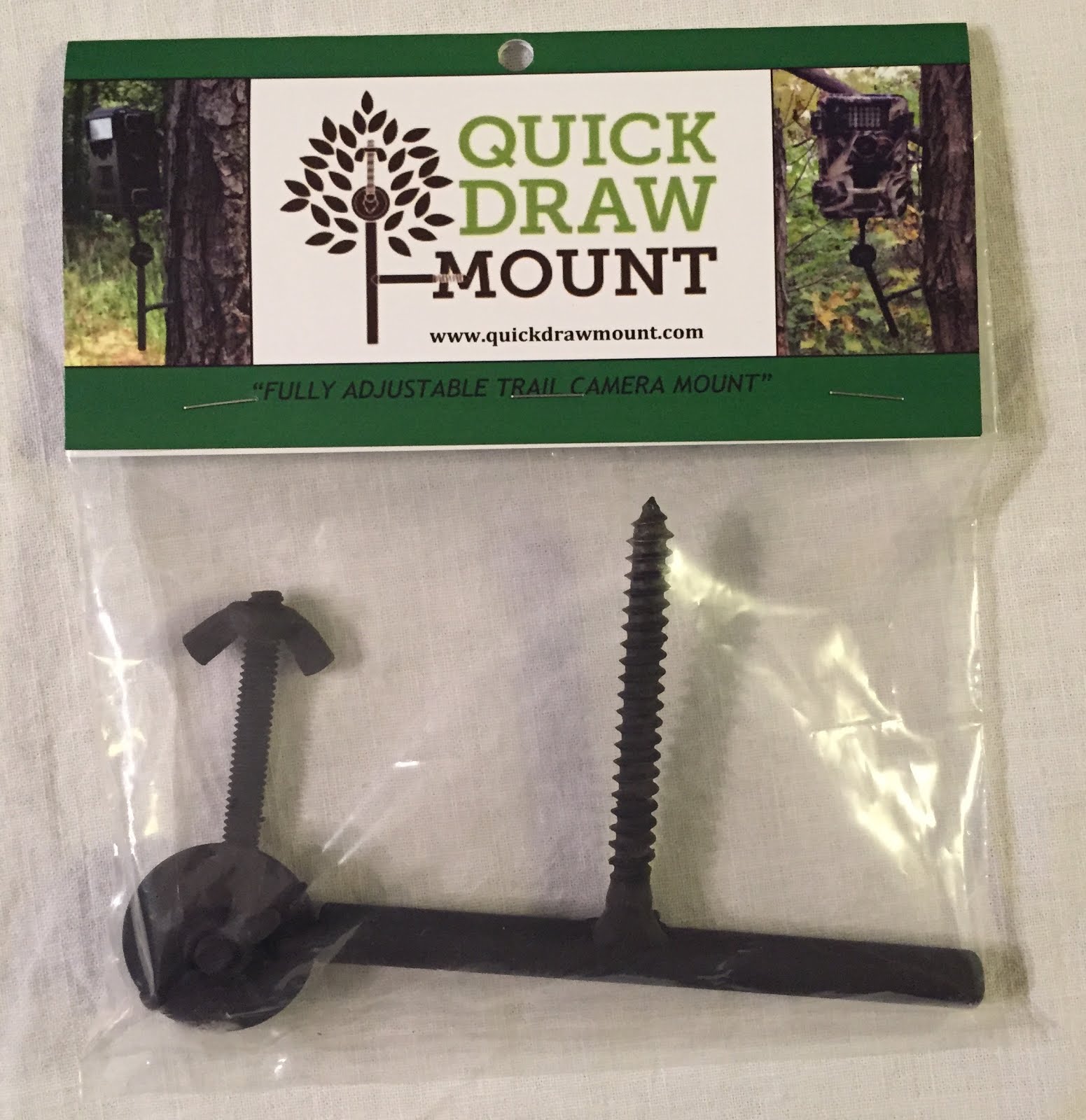 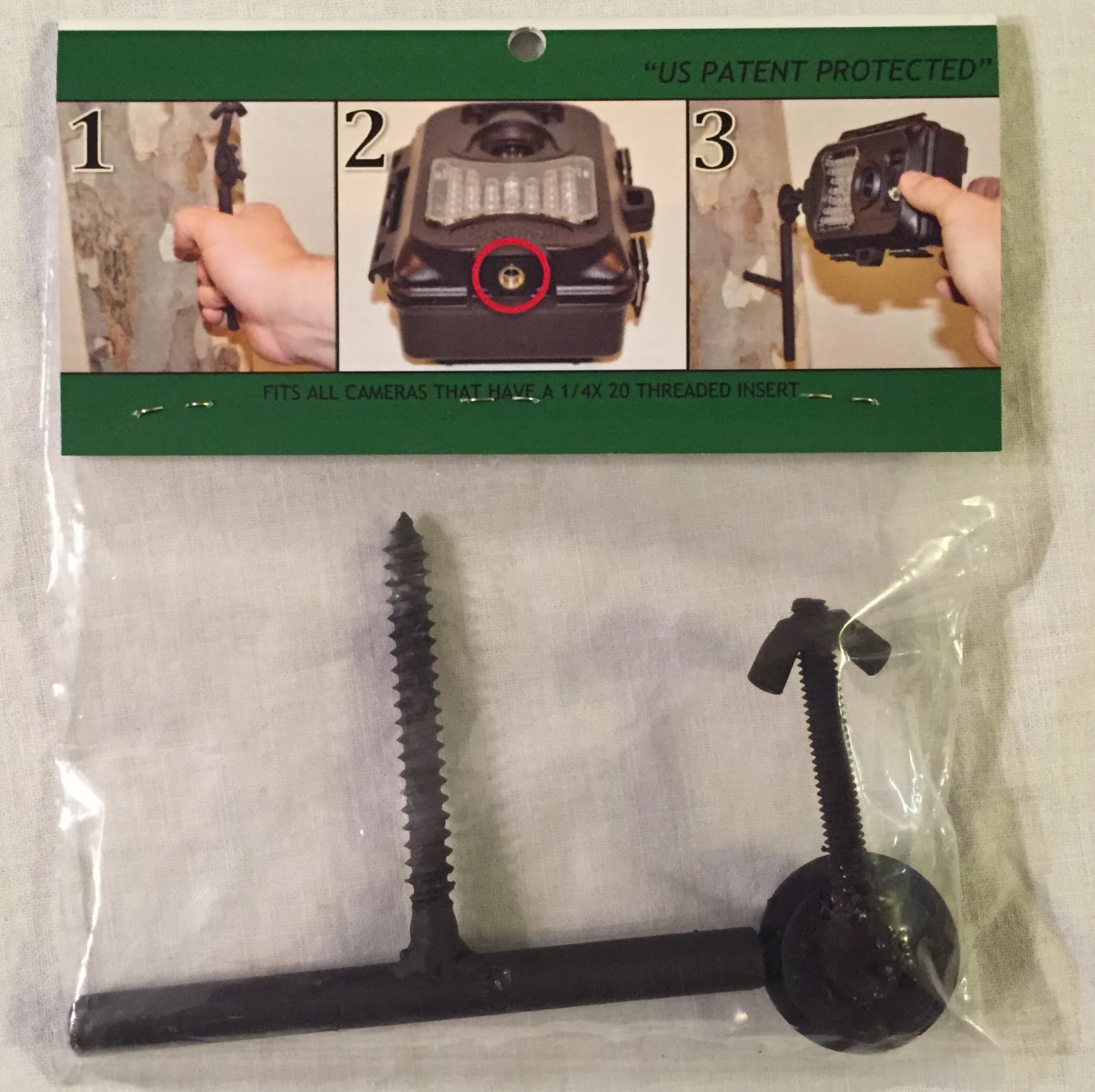